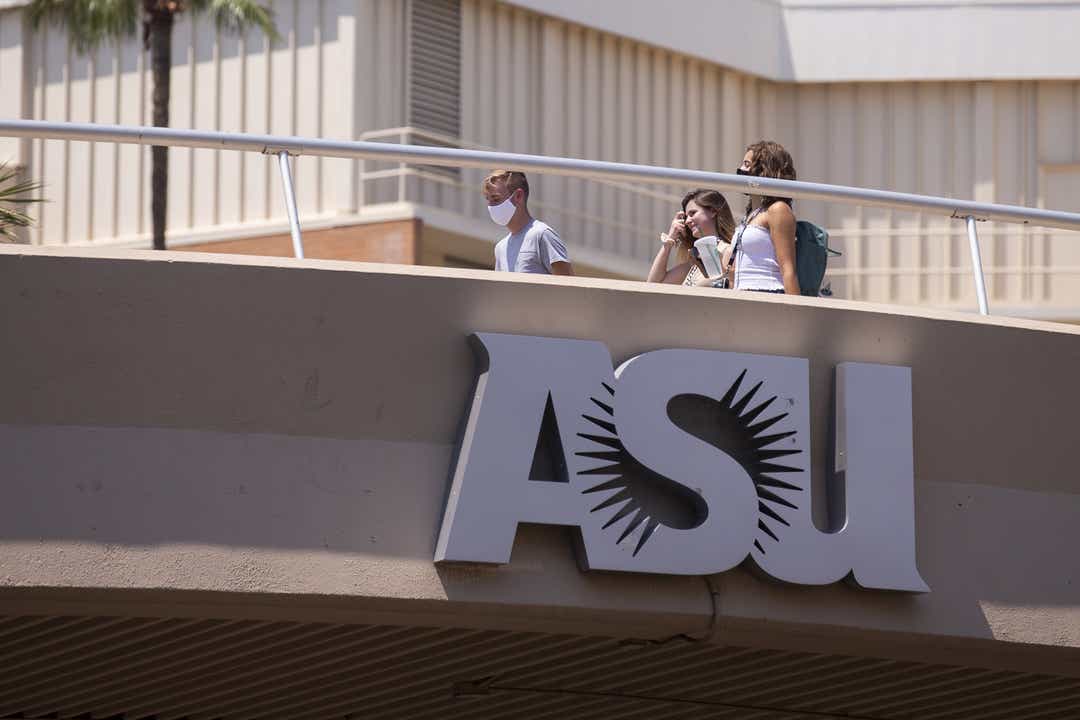 Students received the email from ASU Provost Mark Searle at 4:20 p.m. The email also said that final exams will bump up a week and be held on the last day of class, now starting on Nov. 30 instead of Dec. 7. Also, graduation ceremonies will be held online only.

ASU announced Thursday that 1,580 students have tested positive for COVID-19 since Aug. 1 as have 30 staff and faculty members out of 57,629 tests given — a 2.8% positivity rate. Although ASU’s positivity rate has been rising, a positivity rate of 5% is considered a good benchmark that the spread is under control.

Jake Swenson, a 22-year-old graduate student in the business school, said finding out classes would be online after the Thanksgiving break Nov. 26 and 27 was disappointing, but it hit harder because he missed the Friday email and found out from the news.

“Many of the announcements from the university seem to be sent right before ‘close of business’ to avoid having to answer questions from frustrated students and parents. Without anyone to answer students’ questions over the weekend, they may struggle to understand the changes and adapt to them,” Swenson wrote in a message to the Arizona Republic Sunday.

Swenson said he attended class in-person as much as the school would let him, and in his graduate program that is two days a week. But a few weeks ago, he said, a student came into the building positive for COVID-19 and his program was moved fully online for three weeks. He said hybrid learning will resume Monday.

“They don’t seem to be doing much to prevent the spread of the virus and seem to be accepting a fully online model as inevitable. There’s not much advance notice from the school when changes are implemented, which is expected considering the circumstances change so quickly. But transparency certainly isn’t the first way I’d describe the response from ASU.”

As for the coming spring semester, ASU is expected to continue offering classes in the same hybrid format as it has most of this semester, according to the announcement.

Get in touch with Chloe Jones at Chloe.Jones@arizonarepublic.com and find her on Twitter at @chloeleejones