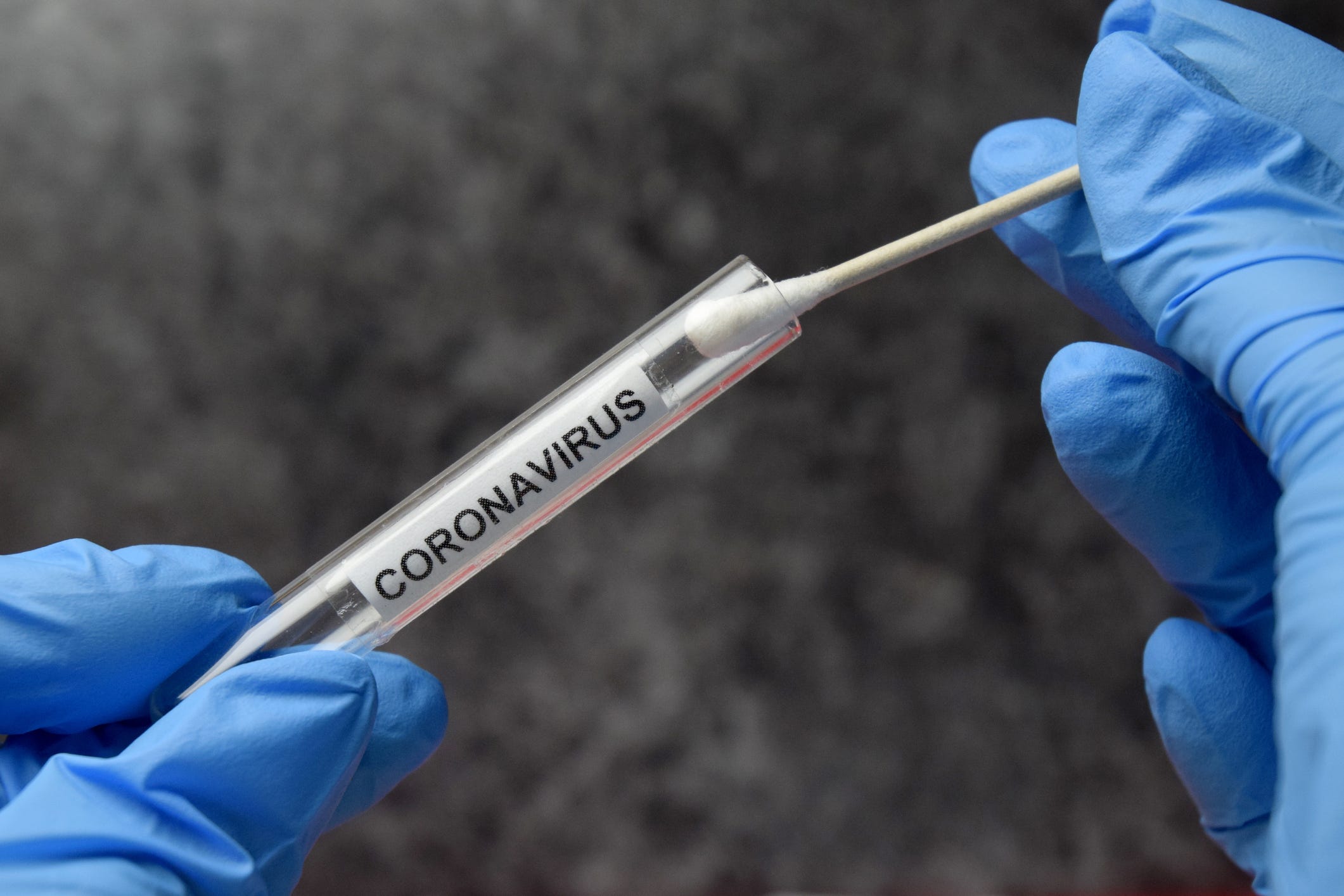 Arizona reported 595 new COVID-19 cases and 20 new known deaths Tuesday, and the number of patients with the new coronavirus on ventilators dropped to a record low.

Identified cases rose to 214,846 and known deaths are at 5,498, according to the daily report from the Arizona Department of Health Services.

The number of patients hospitalized statewide for known or suspected COVID-19 rose slightly to 527 on Monday from 472 on Sunday. But overall hospitalization numbers appear to be stabilizing. During the peak of Arizona’s COVID-19 surge, the number of hospitalized patients suspected or confirmed to have the virus exceeded 3,000.

Similarly, the number of patients with suspected or known COVID-19 in intensive care units across Arizona was 122 on Monday, up from from 119 on Sunday. It’s still a considerable decrease from July when the numbers reached as high as 970.

Also, the number of Arizonans with confirmed and suspected COVID-19 on ventilators dropped to 47 on Monday from 57 on Sunday.  That is the lowest number that metric has been since the state began recording COVID-19 data on April 8. On that first day the data was collected, there were 133 people statewide on ventilators for confirmed or suspected COVID-19, the data shows.

As a public service, The Arizona Republic is offering coronavirus coverage relating to public safety free of charge. Subscribe now to azcentral.com.

Arizona’s COVID-19 death total is the 11th highest of any state in the country, Johns Hopkins University says. New York has had the highest death toll — 33,087.

The COVID-19 death rate in Arizona was 76 per 100,000 people as of Monday, the Centers for Disease and Prevention reported, putting it 10th in the country in a state ranking that separates New York City and New York state. The U.S. average is 60 deaths per 100,000 people.

Behind New York City, at 283 deaths per 100,000 people, the CDC places the highest death rates ahead of Arizona (in order) as New Jersey, Massachusetts, Connecticut, Louisiana, Rhode Island, Mississippi, the District of Columbia and New York state.

The Department of Health Services is including as probable cases anyone with a positive antigen test, another type of test to determine current infection. Antigen tests (not related to antibody tests) are a newer type of COVID-19 diagnostic test that use a nasal swab or other fluid sample to test for current infection. Results are typically produced within 15 minutes.

The number of weekly tests conducted dropped significantly in July and into August, after which it has remained flatter with slight decreases.

Of known test results from the past four weeks, 4% to 5% have come back positive, according to the state, which has a unique way of calculating percent positivity.

Johns Hopkins University calculates Arizona’s seven-day moving average of percent positives at 6.1% and shows it has generally trended downward in recent weeks but has reached a plateau.

A positivity rate of 5% is considered a good benchmark that the spread of the disease is under control.

What you need to know about Monday’s new numbers?

The rate of cases per 100,000 people is highest in Yuma County, followed by Santa Cruz County, Navajo and Apache counties.

The Arizona Department of Corrections said 2,550 inmates had tested positive for COVID-19 as of Friday, including 963 in Tucson; 39,495 inmates have been tested; 45 total test results are pending in the state prison system. Fourteen incarcerated people have been confirmed to have died of COVID-19, with 14 additional deaths under investigation.

On Tuesday, 20 new deaths were reported, although some may have occurred days and weeks prior.

While race/ethnicity is unknown for 11% of deaths, 42% of those who died were white, 30% were Hispanic or Latino, 11% were Native American, 3% were Black and 1% were Asian/Pacific Islander.